Students at Oasis Academy Sholing have won a national prize after sharing their ideas on how to reduce their carbon footprint and then proving their commitment by introducing changes across their school.

Plant+ Finer Diner is a Global Partnership between Sodexo and the WWF who have been working together for over 10 years, talking to young people about important topics which are dear to them regarding climate change and the environment. The project helps people to make better choices and decisions around their food choices and their diet.  There are new Plant Based Dishes information packs to support teachers and students to help put their vision into practise.

Oasis Academy Sholing was one of the schools that piloted the project with their Student Environmental Ambassadors sharing and developing their ideas.  They then spoke with fellow students and staff about small changes everyone can make to help. Fixing food choices is key to help reduce the loss of natural environments and climate change, focusing on sustainable diets which will help Sodexo’s vision for their Better Tomorrow Commitment Campaign 2025.

There were 15 schools involved with the project, and combined they sold over 12,063 plant-based meals and had over 1120 student pledges to try a more plant-based diet moving forward.  Each school was competing for a Plant+ Trophy and a £1000 Eco Prize to be spent on an initiative within their school to continue promoting sustainable diets, and to help more young people learn about our nature and climate change.

The overall winner was marked by the percentage of students making a new pledge on the school’s pledge tree, the number of meals sold, and evidence on how the students’ knowledge of sustainable eating had increased over time. A panel from the WWF judged the schools and awarded the prizes.

Oasis Sholing Academy was the winner of the Eco Prize and funding 2022 with Eton College finishing second.  The school also received an A frame with the 350 pledges that the school had collected and displayed with a plaque congratulating the Ambassadors and school.

In the coming week’s the school’s Environmental Ambassadors will be coming up with ideas on which to spend the Eco Prize money. 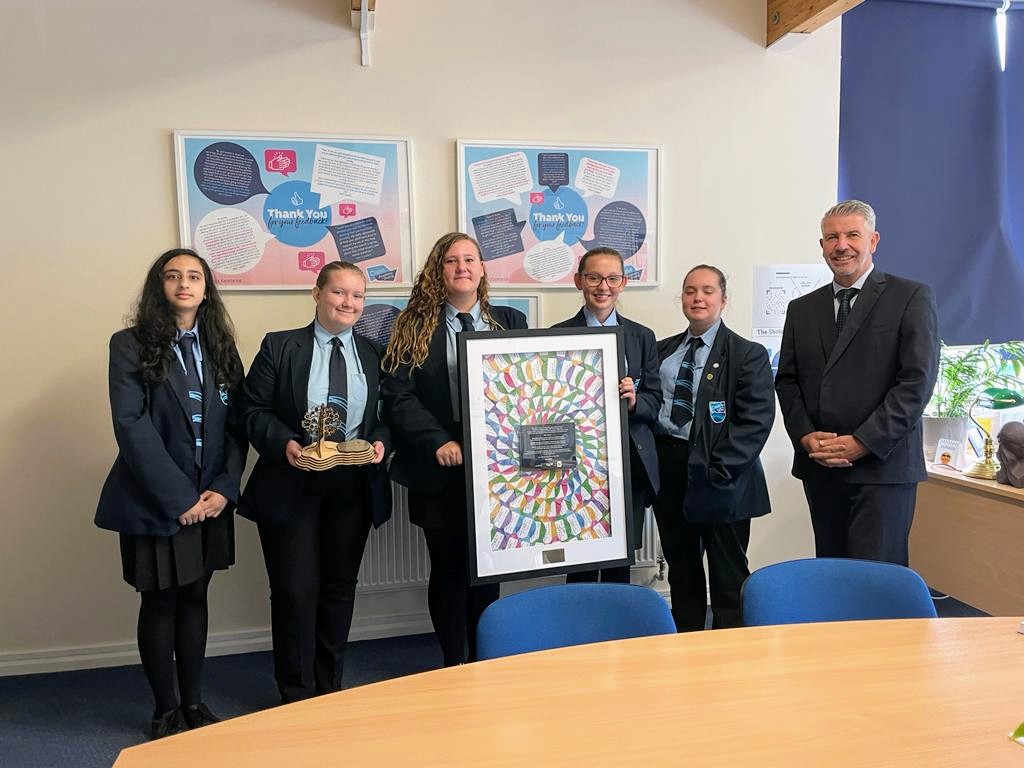