Oasis Academy Sholing has been accredited with the School of Sanctuary status. 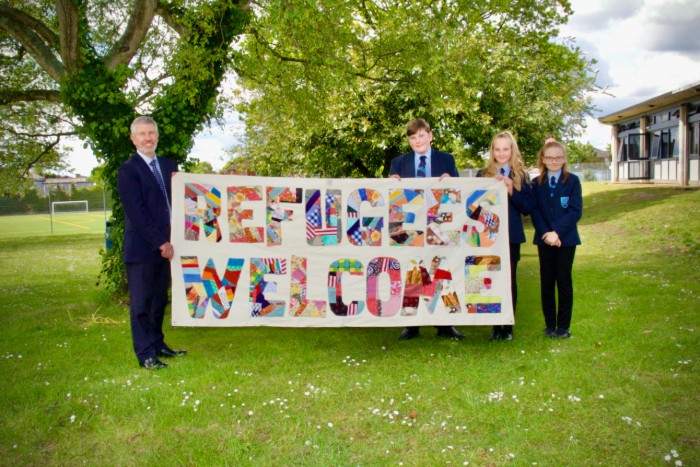 Schools of Sanctuary is a growing network with more than 300 primary and secondary schools all committed to supporting the thousands of young people seeking sanctuary in the UK, creating a culture of welcome, and raising awareness of the issues faced by refugees and asylum seekers.

Each school presented a portfolio of work to a panel including City of Sanctuary representatives, asylum seekers and teachers. Speaking on behalf of the panel, Mike Brown said, ‘We were impressed with the work presented to achieve this award. Pupils have shared their knowledge on refugee issues with their schools and engaged in campaigns to make a difference to people finding sanctuary in Southampton’.

The award was confirmed on the anniversary of 3840 children left Spain on 21 May 1937 to find sanctuary in Southampton. Spain was in the middle of an extremely violent civil war, divided by politics. Towns such as Guernica in the Basque region of Spain were bombed by the government, with many ordinary people who were not soldiers killed and wounded. It was decided to take some of the children in the Basque area to safety. People in Britain who were deeply upset by the Spanish Civil War arranged for them to come to Southampton.

Principal, Martin Brown, said ‘I am thrilled that we have gained such an accolade. Our staff and students have worked hard to secure this award and to make our Academy welcoming and inclusive to all. This is one marker of the way we celebrate our cultural diversity.’

Paul Woodman, presenting the portfolios on behalf of Oasis Academy Sholing and Lord’s Hill commented saying; “We are very pleased to now have all our Academies presented with a place of safety award by the City of Sanctuary movement for our ongoing commitment for each and every child in our care, which is at the heart of the Oasis ethos.”

Dan Steel, from the local School of Sanctuary Network, said, ‘We are delighted to welcome three new schools to our network. We now have over 20 Schools of Sanctuary in the city and hope to have many more join this movement in the months to come.’

‘For centuries, Southampton has been a place where people have found safety in our port. The date chosen for the Awards Ceremony is the anniversary of the journey of the Basque children coming to the city. We remember how they were welcomed by our predecessors.  I congratulate the schools for joining this important network and for their commitment to being inclusive and welcoming and continuing our city’s tradition of welcoming others.’ 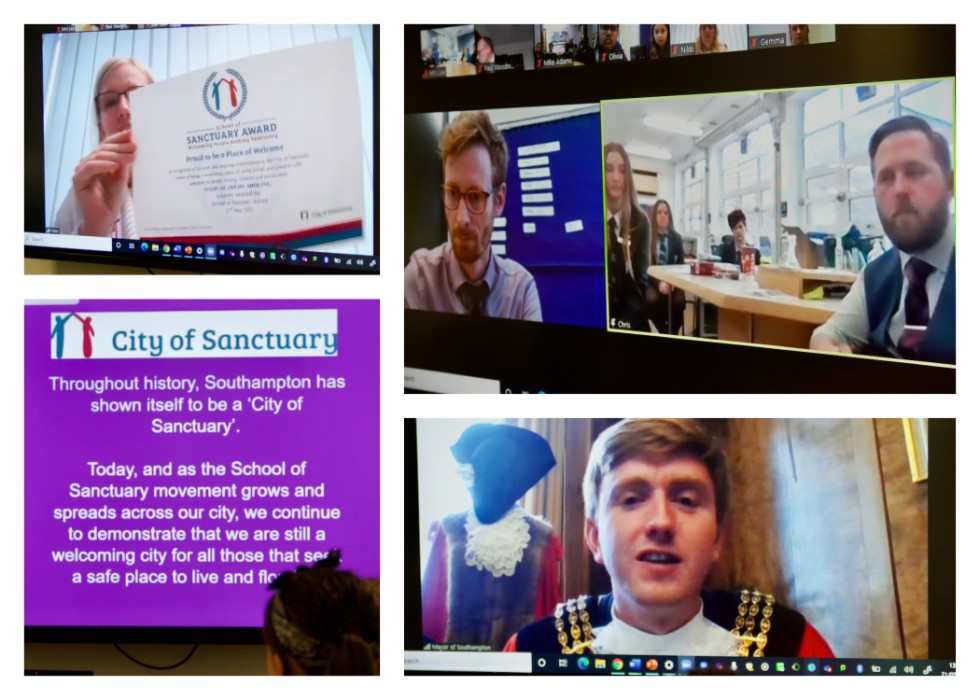