Together we can achieve amazing things

RSS Feeds
Together we can achieve amazing things
4 Dec 2019

Year 8 students to take part in the Crocus Planting Project.

This year our Year 8 students are taking part in the Crocus Planting Project. This project is supported by Southampton Magna Rotary Club and Rotary Social Innovation SEH, encouraging our students to work together.

At the end of November one of the local Rotarians gave a talk to our Year 8 students in their assembly about the Polio vaccinations he gave in India. He described the disease and the debilitating affect it has on surviving children. He also spoke about how Rotary International with other organisations, including the World Health Organisation and the Bill & Melinda Gates Foundation, have been working together to eradicate this disease from the World. Thousands of children used to be disabled or killed by this virus, but there are now only 2 countries in the World where a child can still catch the virus and due to this amazing project there have only been 22 cases reported this year.

A simple, small crocus is a symbol of this international programme. Each time a child is given the vaccine their little finger nail is painted purple, so that the people giving the vaccine knows who has received it and who hasn’t. The crocus flower looks like a finger nail and is used as a symbol for the Stop Polio Now programme. Oasis Academy Sholing are supporting the progamme by asking our students to plant crocus bulbs in their garden at home or at their grandparents or a friend’s house. They are challenged to look after them and watch them flower in the spring. Each packet of crocus bulbs bought by the Rotarians and given to the students raises enough money to buy a vaccine for a child.  By watching the flowers bloom it is a reminder that by working together anyone can achieve amazing things. 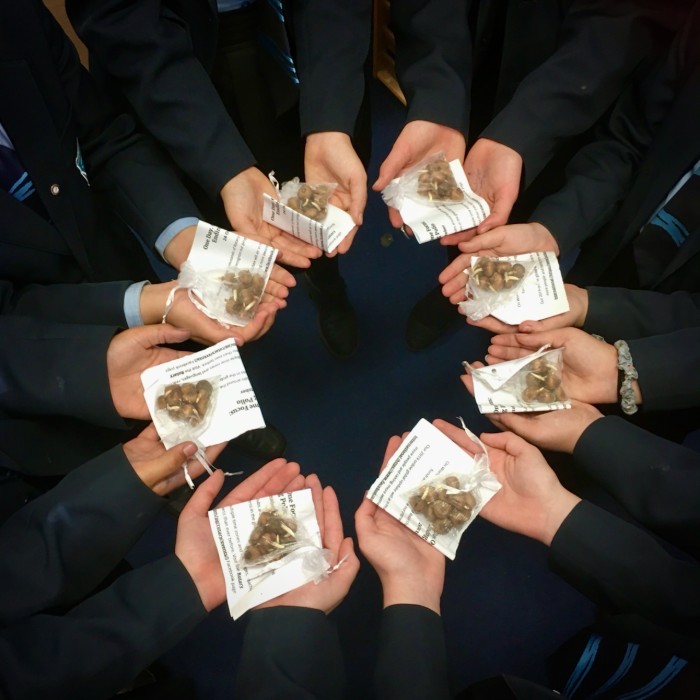 A group of Year 8 students are running the project in the Academy and they are known as ‘Interactors’.  Interact is a secondary school programme sponsored by Rotary Clubs to give students the opportunity to do something to help and support their community. Students who become an ‘Interactor’ are awarded a badge and a membership card. Any student who has an idea or would like to do something for their community can join Interact by telling their Tutor.

There will be a photo competition in March 2020 to see how well the crocuses have grown.